The lottery of the Customers' Club was held live on the company's Instagram live on October 2, 2020, in the presence of the sales representatives of the  Network Marketing of PMLM, and at the end of the ceremony, the lucky winners were announced.
The prizes of this customer club lottery, in which the participants are only respectable consumers, are equivalent to one hundred and forty million Tomans in cash which was awarded to forty-three participants by lot.

The lottery prizes were divided according to the categories that were announced in advance as follows:

The names of the lucky winners of this lottery are as follows.

Click here to watch the full video of the ceremony. 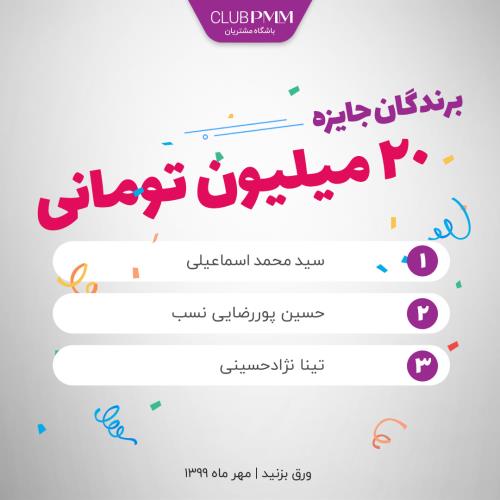 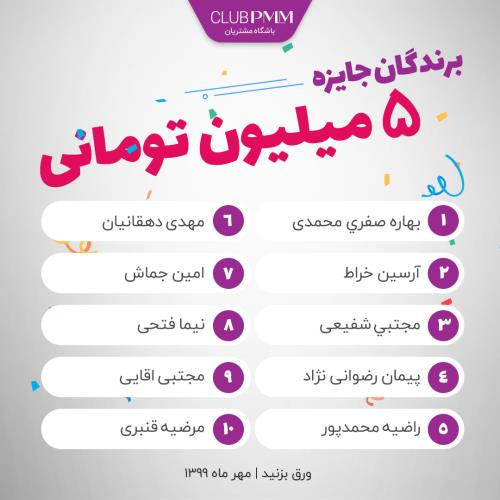 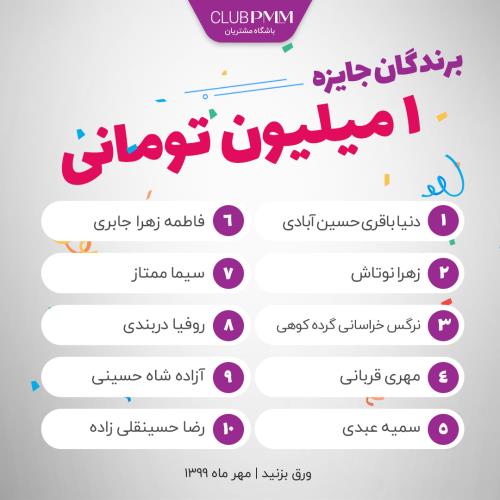 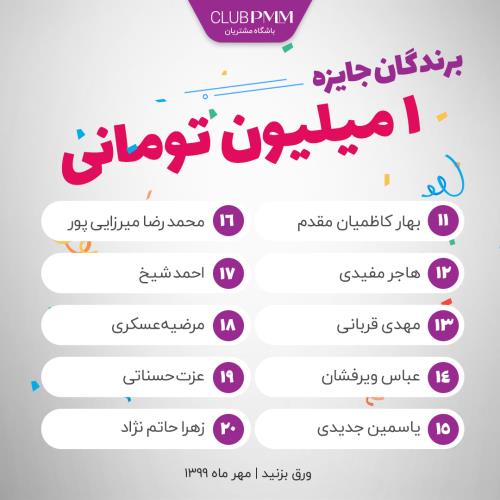 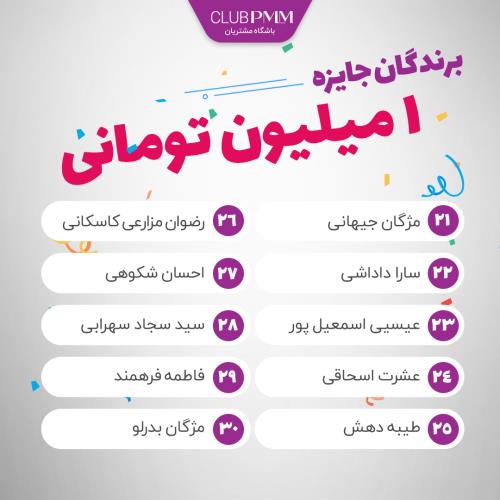 Address and specifications of PMLM agencies

Activities of Pearl panberes internet shop as an independent legal entity has a network marketing license according to the regulations of Article 87 of the Trade Union Law. And the company has no affiliation with government, non-government, or security agencies.